I drove past a police car today. As usual, despite not doing anything obviously illegal, the sight of the white, yellow and blue elicited a moment of physical anxiety. I can almost feel my glands releasing the hormones that would naturally assist in protecting from predators. Even the police cars themselves are designed to look like predators. I have written about the predator archetype before and discussed it in relation to the fallen magician, but this time I want to focus less esoterically and more sociologically on this powerful symbol.

Seeing the police car, and my physical reaction to it, made me think of the role of the predator in an ecosystem. In her magnificent novel, Prodigal Summer, biologist and author Barbara Kingsolver describes the importance of predators in an ecosystem. Take all the starfish out of a rock pool and the diversity of life drops to zero. The food the starfish would normally eat multiplies out of control until it has nothing to sustain it. 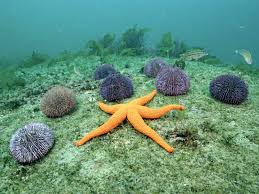 The predator has a regulatory role, and it’s important. The police force fulfill this role, along with the judiciary and other systems for keeping order. Sometimes they cross the line and act out the shadow side of the archetype: corruption, exploitation, excessive violence, sexual assault.  Sociologists like to point out that the police force are a gang and function in much the same way, despite being a legitimate gang. Illegal gangs also fill predatory roles in a society, some socially beneficial, some detrimental.

In astrology, Saturn is the regulator, the structurer and restructurer, the disciplinary force. Saturn, like the predator archetype in its positive polarity, has the job of letting die that which must die in order that the healthy psyche may live.  It both the force which keeps us safe and that which poses the most grave danger if we step out of line.  When suppressed, this force is at its most dangerous. Dis-empowerment makes it desperate and ruthless, just as on a social level the most disempowered populations are the most likely to form gangs.

Healing this social and personal pathos involves bringing it into the light of awareness, stripping back the suppression, healing and empowering healthy functions of regulation.