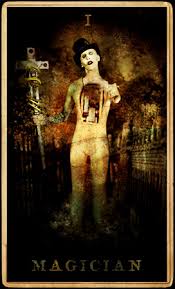 In my previous post about the predator archetype I didn’t go into the back-story of this universal archetype.  Of course such a dark character must have a story. According to Estes he is a fallen magician. A personification of the psychopathic wounded ego trying to be more than one is. Icarus flew too close to the sun and suffered the consequences and the this damaged part of the psyche over-extended in a similar way and exists in a state of permanent over-compensation.

On a personal level, the predator is a fragment of the shadow: the part of ourselves seeks redemption in all the wrong places. It has lost its own light and plots to steal the light of the psyche. It is our internal psychic vampire, pilfering our creative potential, holding us back with fear. This archetype offers a warning against the reckless pursuit of power.

On a wider social level, this archetype makes easy prey of women who have been trained since infancy to ‘be nice’, it seeps out of advertising. In the West it is disguised as the freedom to choose to be exploited, in more conservative cultures it is the invisible dominating force that women hide from.

Some people seem to unwittingly personify this fallen magician archetype all too well. I have met a few people who have tried to pursue the occult for power, either favoring hierarchical traditions or claiming to be far too unique, too special, too powerful to follow others. There was always something odorous about these people, something of the rodent in their appearance, a dangerous kind of cunning.

One thought on “The Predator Archetype (part two)”