Last night I had another dream about him…

He is in disguise, this time. We meet in a darkened rain-washed street. We make eye contact and he introduces himself as, not the person I thought, not the one I trust, though equal in size and stature, but a slightly different name. With eyes that flashed cold daggers, and shorter darker hair, he asks me to come with him: “let’s have coffee”. “Another time, maybe”. “No”. He is insistent and pulls at my hand. I can feel the force and make a break – run as fast as I can, away from those cold dead eyes. He is fast and heads me off, behind steel buildings. He grasps me again as I struggle away. But this is public space, out here I scream “LEAVE ME ALONE” I look around and see the young family, the old man, pedestrians on this paved grey dreamscape. “I DON’T KNOW HIM” I yell to them – hoping they will take notice and help. This is not a joke, not a private matter. He is the predator… I am at a party now, with friends. We go out into the night to yell at the predators and scare them away. Behind us, someone turns out the lights in the strange old house. There is danger here, but he is just trying to scare us. It is working. I awaken in fear.

I wrote about the predator archetype before, and again, in relation to his history as the dark magician. He is major archana when it comes to archetypes – that dark force that seeks control, seeks to destroy the light force of the psyche. He is present when we walk dark streets at night. He is the rapist, the murderer, Bluebeard. He is the part of ourselves that seeks our destruction.

Probably, you would have these dreams too, sometimes. Probably, the predator is not entirely unknown to you, in your life experiences, traumas, projections and semi-conscious states. This deadly force invokes chilling scorpionic fear. It is potent, it is transformative, it can be devastating.

I’m not sure why I dreamed of him last night, but I suspect it is part of my recent inner-work, integrating my animus through the shadow, exploring the recessed and deep folds of tattered emotional memories, of abandonment, and anger; psychological abuse and powerlessness. Bringing this into the light is stirring something up.

Is it possible to master this destructive psychic force, to use in a conscious way, to prune the parts of self that are no longer necessary, or is it something that must be watched with a smoldering gaze until he is charred to cinders? Either way. Something is saying: PAY ATTENTION. Watch. Wait. Listen. Be aware… and be safe. 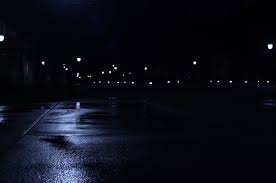 Recently I have been exploring the common archetype of the princess in the tower, in relation to my life. It is something that crops up from time to time, when I feel helpless or overwhelmed; I feel out of control, like a small child, powerless and desperate; I don’t think I can do things by myself. Whenever this pattern emerges I secretly wish for someone to rescue me, when really I know I always have to rescue myself.

Please excuse the gendered nature of the archetypes presented here – they actually don’t need to a particular gender, that is just the common representation… I do feel, however, that growing up without a healthy father figure/male role-model has stunted and warped the development of my animus, which I have been progressively healing/growing back over the last few years. The animus is commonly known as the ‘male’ or masculine part of the psyche, but is also associated with the warrior or rescuer archetype. If you didn’t have a present or adequate father/male role model, you may well be in the same boat.

Early on, we who need to rescue ourselves tend to fall into the trap of becoming the rescuer – of being attracted to wounded puppies who we think we can save with our love and guidance. This is a massive exercise in projection and gets quite circular. We are seeing our own damaged animus reflected back through damaged people and damaging relationships. Without a healthy animus, we are doomed to repeat this cycle. The good news is that, eventually, we can heal the major inner fractures in ourselves (if we need to). We can piece one together from the aspects of healthy ‘masculinity’ and strength we encounter in our lives. We can make a frankenstein animus and bring it to life – or re-grow an under-developed animus archetype until he reaches maturity – along with culling all the unhealthy/predator/shadow aspects we may have internalized from having painful or exploitative experiences with men.

Even when we have cobbled together a healthy representation of animus inside ourselves, we may find that we still feel tensions and anxieties arising from attachment and relationships – even with healthy significant others who are not wounded puppies. While being attracted to healthy (rather than damaged) people is a sign of significant healing progress, it doesn’t mean it’s all smooth sailing from here. Our new healthy animus still needs to be socialised. Invite him to sit down for a cup of tea. Build a good relationship with him. If you are projecting anxiety onto an external attachment, transfer this projection, along with your needs and desires to your inner animus and practice relating to this inner ‘other’ in a healthy and loving way. He can be there for you, love you, support you and rescue you in an insecure world. Through this inner transformation, the external world can mirror harmonious relationships back to you.

He is an opportunist, he watches women and he waits. He sees them, not as complete human beings, but as human-objects, as trophies, as a vehicle to boost his own sense of self. He watches the girl in the forest with the red hood and basket; he drives the roads at night, checking the sidewalk for vulnerable flesh. He sits outside the school and watches the kids who walk home alone. He lurks in the shadows of the parking lot at midnight. He stands by the bar taking stock of the drunkest women then focuses on his prey; he edges up behind her…

Not long ago I had a conversation with a friend, in which she confided her various unwanted sexual experiences. She didn’t use the word ‘rape’ to describe any of them; she acknowledged her own complicity, albeit often under the affects of alcohol.  This brought up the topic of the predator archetype.  Stereotypically, the predator is a continuous threat for women, especially if they haven’t yet realised it, and for men, although they too can be preyed on, the threat of being accused of being a sexual predator is a terrifyingly real concern.  This archetype isn’t necessarily sexual and it isn’t exclusively male, but this is a prevalent theme.

In the external world the predator is threatening and dangerous. Internally, this archetype is treacherous.  Clarissa Pinkola Estés talks about this archetype through the story of Bluebeard, the rich man with the unnervingly blue beard who seduces the youngest of three sisters into becoming his wife, against her older sisters’ better judgement. She is given all the keys to the castle and is allowed to use all but one. Of course, she must try it, who could resist opening Pandora’s box? Unlocking the horror of the grotesque corpses of Bluebeard’s previously murdered wives, she cannot hide, and rather than becoming a victim screaming and pleading to be spared she simply asks for time to make her peace with God, which turns out to be just time enough for her brothers to ride in and kill Bluebeard, saving her.

Estés considers the brothers to be the healthy male animus, the rescuers. The older sisters who do not trust Bluebeard represent intuition, the protagonist in this story is at first the naïve child and then the victim, and as for Bluebeard, he is the saboteur of the psyche. Bluebeard is a shadow archetype. I don’t know if this archetype can actually be killed, but shedding light on the shadow is the natural metaphor for dissolving it.

People of all genders possess the predator archetype.  Sometimes it seduces us into a false sense of security, letting us stray into perilous situations; sometimes it takes the reigns of our personality, manipulating and preying on the weaknesses of other people. Sometimes it runs rampant in sexual fantasies.  Sometimes the fear of being prey confines us to our comfort zones or contributes to obsessive-compulsive patterns.

Astrologically, the predator relates to the powerful shadow side of Scorpio and Pluto.  That is not to say that people with strong Scorpio influence are always predators, the sign is deep and complex, and everyone has Pluto and some Scorpio in their natal chart, it is more a question of where, what and how it manifests. The planets relating to sexuality: Mars and Venus (Pluto relates to sex but is in a sign for so long it is generational) in Scorpio could reflect an archetype with the tendency to exploit power or be exploited sexually.  Saturn is often considered to represent the Shadow in Jungian astrology, perhaps an afflicted Saturn could represent the predator manifesting internally or externally in a strong way. The unconsciousness of Pisces and delusions of Neptune are also relevant to this archetype.

Estés warns that young women are often unaware of the predator and so they fall, time and time again, into his trap, like Barbarella, never doubting or fighting until it is too late.  The friend who confided in me said she felt like she was one of those women, but she has learnt her lesson now. Growing up, I was always warned about creepy, dangerous men. My mother’s anxious fears have taken up residence in me to the point where I have been predominantly safe. I am terrified of the predator, never attracted to him. Perhaps it is the opposite extreme, where I have trouble feeling comfortable around men who do not feel totally ‘safe’ to me.